Something Worth Doing Lyrics

Lyrics for Something Worth Doing

In the Name of Love (Pride)

When I get tired, it’s like I was dropped into the sea,
you could swim your whole life and be

nowhere you want to be.

Everyone gets tired and the water is so wide,
then somebody comes and shows you,
they show you the other side.

There was a little man, barefoot and frail,
he took a walk down to the Ganges,
he took a lion by the tail.
He made a way out of no way,
one by one they saw the truth.
He was ready when they told him,
they said history chooses you.

And then there was another,
another lion in a lamb. ‘
He walked into the heart of darkness
into the streets of Birmingham.
He made a way out of no way.
One by one we saw the truth.
He was already on the mountaintop
when they said Memphis chooses you.

Early morning, April 4th,
shots rang out in the Memphis sky.
Free at last, they took your life,
they could not take your pride.

So make a way out of no way,
make their stories live and breathe,
and we will never lack for heroes
in our darkest hour of need.

I I had a day In the life, It was a crossroads
I saw somebody come, l saw somebody go,
same expression on their faces,
different ends of the road.

You see, somebody lost the struggle,

that’s how it was said,

someone was born with a long journey up ahead
No one had a map, no instructions to be read.
That’s all I need to know, it’s just so.
I said to myself,

I felt terrible, I felt lucky at the way things are,
like a glad accident, like a bright shooting star,
like a brave little ripple in an ocean so large.
That’s all I need to know, it’s just so.
l said to myself,

I hear myself saying the words without thinking,
every little day...

In the face of the big questions, nobody knows why,

some people smile a knowing smile,

some run away and hide.
So much has to happen between hello and goodbye.
That’s all I need to know, it’s just so.
I say to myself,

Way out West in the big, big sky
the clouds roll over brown mountainsides.
They watch the weather come down the rise,
the same way that I watch your eyes.

The clouds you raise are the space you need
to go somewhere without me.
So we both get time to sit alone
and wait for someone to come home.

You don’t travel like I do
across the country in vague pursuit.
You don’t need to be gone that way,
you can sit right here and be miles away

Drop D tuning (DADGBE) Capo on 3
The thruway was nestled in November snow,
the last leaves clung to New England.
This elaborate dance we’ve been doing
these nights
is a long journey to freedom.

With the sun sinking west, we drive our
way east, headlong into darkness.
Pursuing a vision, an old childhood dream,
a far light in a forest.

The Way of the World

G/C tuning (CGDGBD)
I could have walked all night
in the streets of rain
to the neon flashing of the city.
As I sang to the sidewalks
the song of myself
to the so human voice of the rain.
lt’s not like anyone was listening.
In fact, that’s just the reason why
I was drawn here to this city.
To find a home I,I could not recognize.

Where is it written that we go so far to find
What once helped you to see
can then make you blind.
I don’t believe it, what they keep telling me

For every wall there’s a passageway.
For every door latch, there’s a hand.
You can push against stone, be strong and alone,
or learn how to call someone’s name.

C9 tuning (CGDGCD) Capo on 4
Out on the great plains, under a bright sun,
there’s no interrupting the endless horizon.
Nothing to hold you anchored to one place.
My mind starts to fill in the wide open space

Back where the sun rises over the ocean
I gave my promise, I made my choices.
Out here, people pass through me
Like ghosts in a daydream.
As soon as I’ve reached them
they have faded behind me.

There’s a map of the world that I hold in place,
here in my mind, ready to trace
the invisible line that connects our fates, always, always.

I used to think, I could be anyone of a thousand people,
live almost anywhere, find love and live well.
They say this is an ocean, wind waves in the wheat fields
but it only reminds me how far away I feel.

C9 tuning (CGDGCD) capo on 5
On the water we are free
The wind plays on the surface, all possibilities.
With so many brave souls lost at sea
glad am I to be so found, to be so ready

I am leaning to see your face.
Through the rise and fall
the boat cuts through the waves.
Everything rises, all things must fall,
to see you smiling in the sun,
I know we will cross it all.

I have been to both horizons
through the winds from Africa
on the blue green mirror water,
‘round this world to know you are the one.

Gm/C tuning (CGDGBflatD)
Eventually you’d think you could escape
the little doubts of every day,
the up, down crisis of faith.
Anything is just a breath away.

Eventually you’d think you could resign
from the movie in the back of your mind.
The soundtrack plays all the time and
you’re alone in the theater.

Like an old yellowed black and white
handed down over time,
holds the faded lines to meaning.
Where we come from, who we are,
faces on passing subway cars
all on our way to something worth doing

Isn’t love something worth doing.

The Crucifixion by Phil Ochs

Standard tuning capo on 2
And night comes again to a circle studded sky.
The stars settle slowing, in lonliness they lie.
Then the universe expolodes as a falling star is raised,
the planets are paralyzed the mountains are amazed.
And they all glow brighter from the brilliance of the blaze.
With the speed of insanity then he dies.

In the green fields aturning a baby is born,
his cries crease the wind and mingle with the morn.
A challenge to the order, a changing of the guard,
chosen for a challenge that is hopelessly hard
and the only single sign is the sighing of the stars,
to the silence of distance they are sworn.

Images of innocence charge him to go on,
but the decadence of destiny is looking for a pawn.
To a nightmare of knowledge he opens up the gate
and a blinding revelation is laid upon his plate,
that beneath the greatest love is a hurricane of hate,
and god help the critic of the dawn.

So he stands on the sea and he shouts to the shore,
but the louder that he screams, the longer he’s ignores.
For the wine of oblivion is drunken to the dregs
and the merchants of the masses almost have to be begged,
til the giant is aware someone’s pulling on his leg
and someone is tapping at the door.

But his message gathers meaning and spreads across the land,
the rewarding of his fame is the following of the man.
But ignorance is everywhere, people have their way.
Success is an enemy to the loser of the day.
In the shadow of the churches, who knows what they pray,
for blood is the language of the band.

The Spanish bull is beaten, the crown is soon beguiled,
the matador is beautiful, a symphony of style
excitement is ecstatic, passion places bets,
gracefully he bows to ovations that he gets,
but the hands that are applauding are slippery with sweat,
and saliva is falling from their smiles.

Then this overflow of life is crushed in to a liar,
a gentle soul is ripped apart and tossed into the fire.
First a smile of rejection of the nearness of the night,
truth becomes a tragedy, limping from the light,
all the heavens are horrified, they stagger from the sight
and the cross is trembling with desire.

They say they can’t believe it, it’s a sacreligious shame,
who would want to hurt such a hero of the game.
But you know that I predicted it, I knew he had to fall.
How did it happen, hope his suffering was small,
tell me every detail for I’ve got to know it all,
and do you have a picture of the pain.

But time takes a toll and the memories fade,
but his glory is still growing in the magic that he made.
Reality is ravaged, it’s the freeing from the fear,
the drama is distorted to what they want to hear,
swimming in their sorrow in the twisting of a tear
as they wait for the new thrill parade.

Yes, the eyes of the rebel have been branded by the blind,
to the safety of sterility the thrill has been refined.
A child was created, to the slaughterhouse he’s led,
so good to be alive when the eulogies are read
the climax of emotion, the worship of the dead,
as the cycle of sacrifice unwinds. 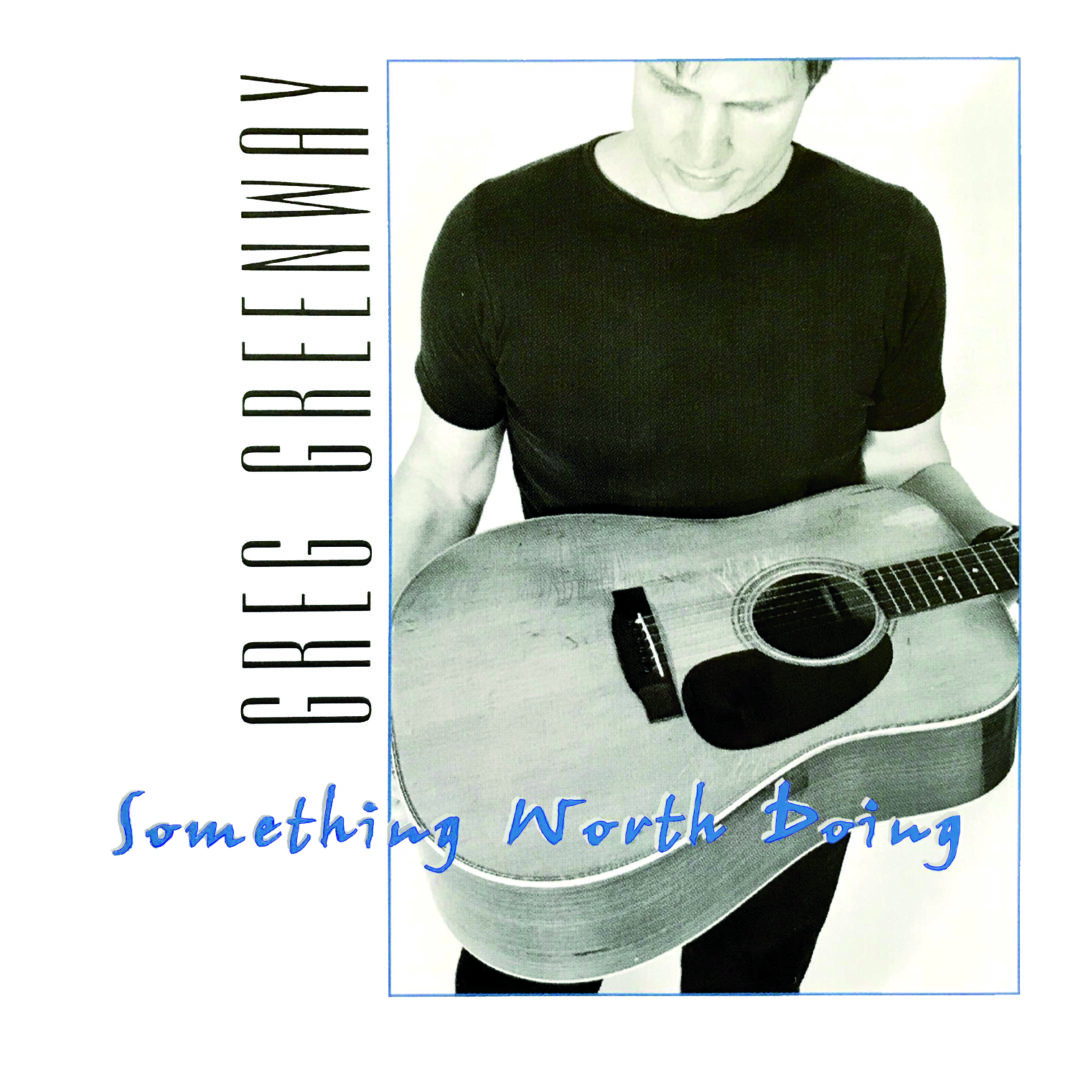