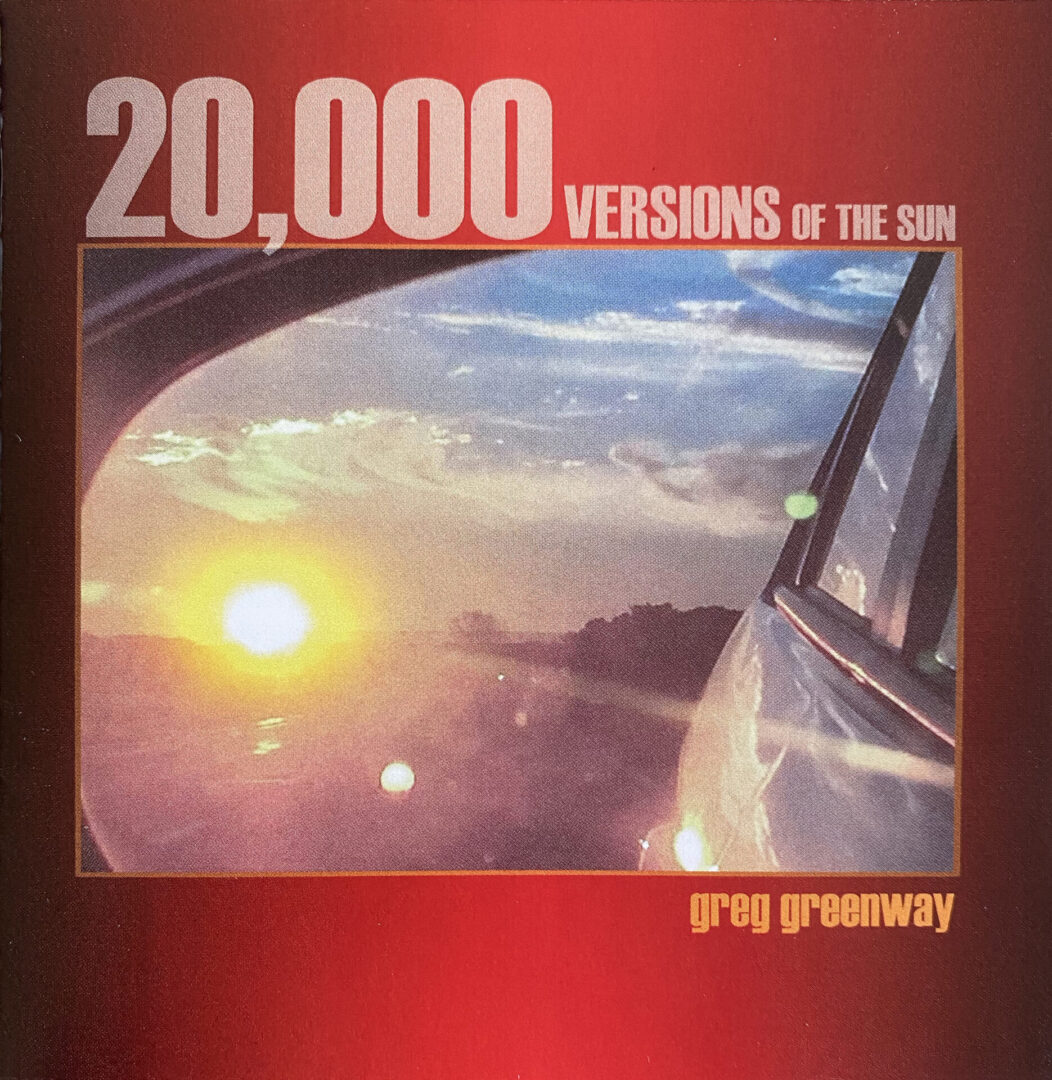 20,000 Versions of the Sun is Greg Greenway’s journey come to life.

The title is derived from a rough estimation of the number of days he’d been alive and conscious of the streams of history large and small that have so influenced him. It is also referential to one of his favorite novels, 100 Years of Solitude, by Columbian writer Gabriel García Márquez, who shows up magically in the second song (why wouldn’t he). Family, birth, death, Race, and even afterglow, find their way into the most musically evolved songs of Greg’s career. It is the work of a mature artist with a well-chosen, diverse pallet – every stroke lush with love and life.

Boston-based, this is Greg Greenway’s 8th solo CD – his first since being a founding member of Brother Sun. He’s played Carnegie Hall, he’s been on Car Talk, All Things Considered, and Mountain Stage.

There are no reviews yet.

Only logged in customers who have purchased this product may leave a review.