Marching in the Arc of Justice: Birmingham

In the dim gray light of a rainy Thursday, reluctant Birmingham looks like every city. From my 12th floor window, I’m thinking about my mother in Richmond, Virginia, 96, spending most of her days now in the chair where her mother died thirty years earlier – one step away from the spot where my father collapsed getting aspirin for the searing headache, the cerebral hemorrhage that killed him. These are the lives that gave me mine, the minds that, like those of all people, held incredible contradictions, who, like the progenitors of Birmingham, put their hands over their hearts when “Dixie” was played.

These people, wonderfully warm, humorous, kind, generous, within the bounds of their culture, gave me all of the traits that anyone who knows me would recognize. But, the borders of their reality began to fray as the South, America, and I came into adolescence at the same time. The peeling away of this mythology, this misplaced nostalgia, the finding and facing the truth, was a slow and painful rending of the heart. The romance of the lost cause of the South was a pernicious lie.

Being the youngest of three boys by several years, coming of age in a suddenly vacated house with Richie Haven’s “Mixed Bag” lying on the bed beside John Howard Griffin’s Black Like Me, I was left to fashion my own realities. From early on, a youngest child can instantly identify and harbor a silent bond with the least powerful person in the room. Anyone caught, as children are, in that world could see in the distorted facial postures, so invested in the word “nigger,” what happens to violently blunted intelligence, perverted by generational ignorance. It was readily apparent, even to me, that as Martin Luther King, Jr. was grudgingly afforded the front page, as Mohammed Ali forced them to spit his new name, those who defined themselves by hate and a false superiority were watching their illusory power and privilege slip slowly away.

Someday a change was going to come.

Then, without realizing it was a choice, I made mine. I would have never been able to vocalize it then, but I chose my heros over my family. It was a luxury afforded me by that complicated, pivotal time in history. My heros – White or Black – didn’t look like me, didn’t talk like me, didn’t live around me (that I knew). They lived in books, on albums, in the TV set, beyond my understanding on every level but the one that mattered – the ideas they served. How could I have been at odds with my own culture had I not been allowed, like all of America, to see something else?

Sitting here now, on the eve of the commemoration of the 50th anniversary of Bloody Sunday, the crossing of the Edmund Pettus Bridge, it is almost impossible to explain the vestiges of the old South that are a part of me. It is a remarkable statement that a culture steeped in 350 years of rationalizations was so self-assured, so blind as to not see an inherent threat in the idealism it taught its children. The only explanation is Race. Modern genetics shows that Race is not a biological reality, it is an idea, a very powerful idea, bent and tortured to allow millions of good people to deny the forest for the trees.

The cars and trucks passing silently below my 12th floor window fade into a sailing ship, a team of oxen, the conveyances of five centuries earlier. As in Breughel’s “Landscape with the Fall of Icarus”, the timeless truth is that life goes on. My ancestors, probably the indigent, ignorant castoffs of the British Empire, surviving unimaginable privations, dying some years at a rate of four out of five, some fleeing an oppressive system, some looking to get rich quick, beg me to look into the mirror through time.

It’s complicated. But, today, I wake up, Ms. Angelou,
and say,
“Good Morning.” 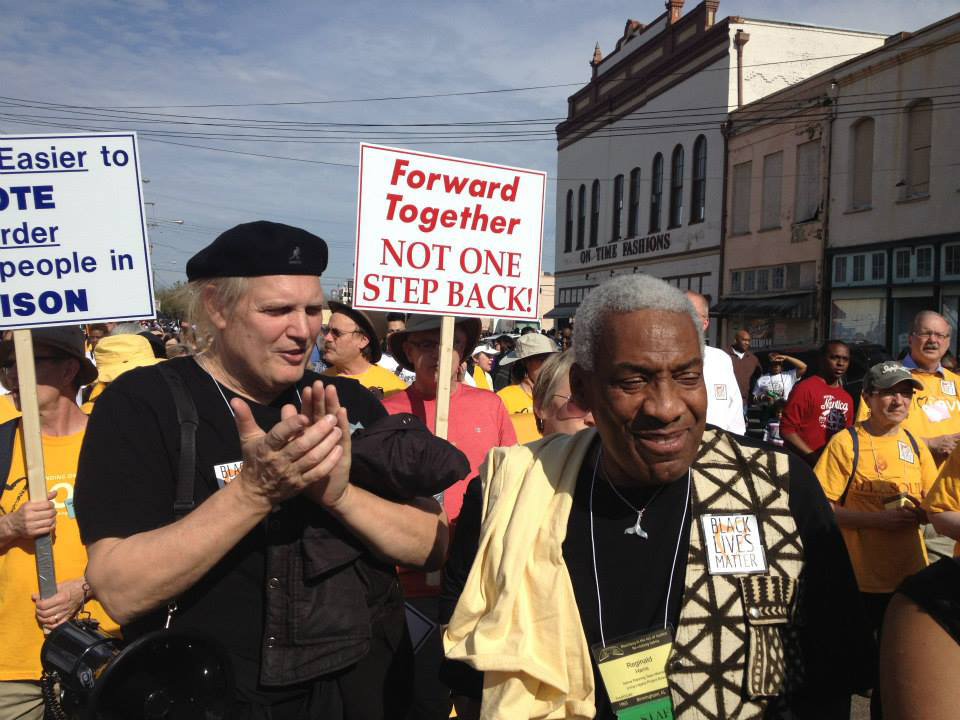